The Valhall field is located in the southern part of the Norwegian sector in the North Sea, and although the field has been in production for several decades, Aker BP sees enormous potential in the area. The work of modernizing Valhall is well underway, and involves removing old platforms, plugging old wells, investing in new wells and actively seeking new business opportunities in the area.

Since 2013, the Valhall field has been operated with electricity from shore.

Alliance strategy yields results
Valhall Flank West was put into production at the end of 2019 and set a new standard for the delivery of flank developments. The wellhead platform at Valhall Flanke West was installed on the field just over a year after the first steel was cut.

Reorganization of the value chain through strategic partnerships and alliances is an important part of Aker BP’s strategy, and as many as four alliances contributed to the project. The result was a reduced number of engineering hours and construction time, in addition to reduced costs.

Hod becomes Flank West copy
The next alliance project in the Valhall area will be the Hod development. Aker BP and Pandion Energy submitted the plan for development and operation (PDO) to the Ministry of Petroleum and Energy in 2020. Production start is planned for first quarter of 2022.

The Hod field will be developed in collaboration with Aker BP’s alliance partners according to the same concept as Valhall Flank West. Hod will have virtually zero local CO2 emissions during normal operations, as a result of power from shore.

The Valhall area consists of a field center with five platforms connected by bridges, and four wellhead platforms that are remotely controlled from the field center. The field is powered with electricity from shore. 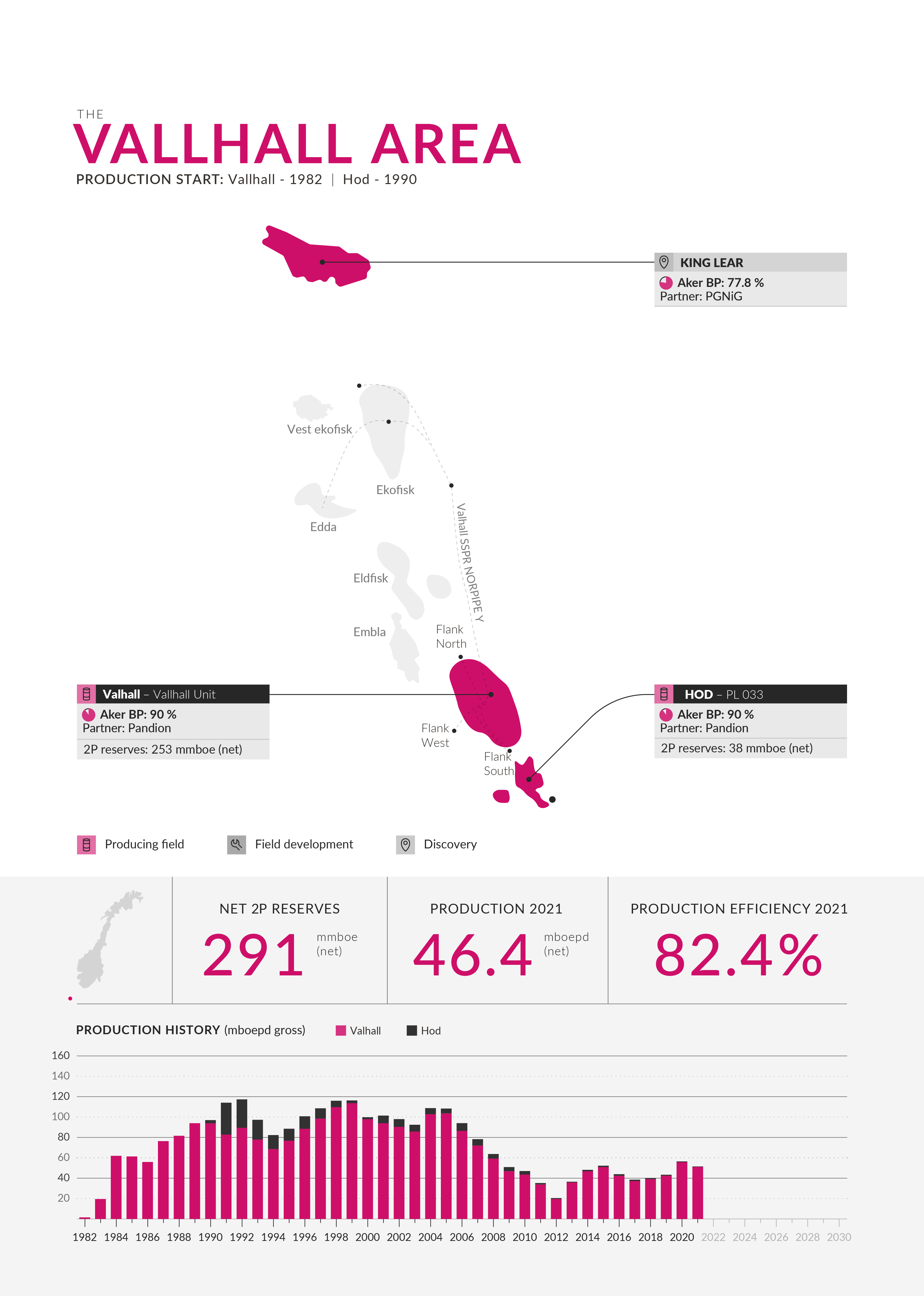