Ivar Aasen is Aker BP’s digital pilot, where new technology is applied to create the digital oil field of the future. Ivar Aasen was the first field on the Norwegian shelf to operate a manned platform from an onshore control room. The result is increased recovery and high production efficiency.

The Ivar Aasen field is located at the Utsira Height in the northern part of the North Sea, around 175 km west of Karmøy. The field was discovered in 2008 and was linked to previous discoveries in the immediate area. The plan for development and operation was approved in May 2013.

The first oil was produced on December 24, 2016, on time and within budget.

The recoverable reserves for the Ivar Aasen field are estimated at over 200 million barrels of oil equivalents.

Digital pilot
Ivar Aasen is Aker BPs digital pilot, where new technology is applied and tested. The platform has a digital twin based on real-time data from Cognite. The technology helps reduce costs through performance analysis and optimization in the virtual environment.

Ivar Aasen was the first field where Aker BP equipped all operators on the platform with handheld digital devices. This provides paperless access to technical documentation and real-time information on equipment. The handheld devices contribute to more efficient and safe operation.

In 2019, Ivar Aasen became the first manned platform on the shelf to be operated from an onshore control room. New technology and a range of digital solutions contribute to reduced costs and increased production efficiency. 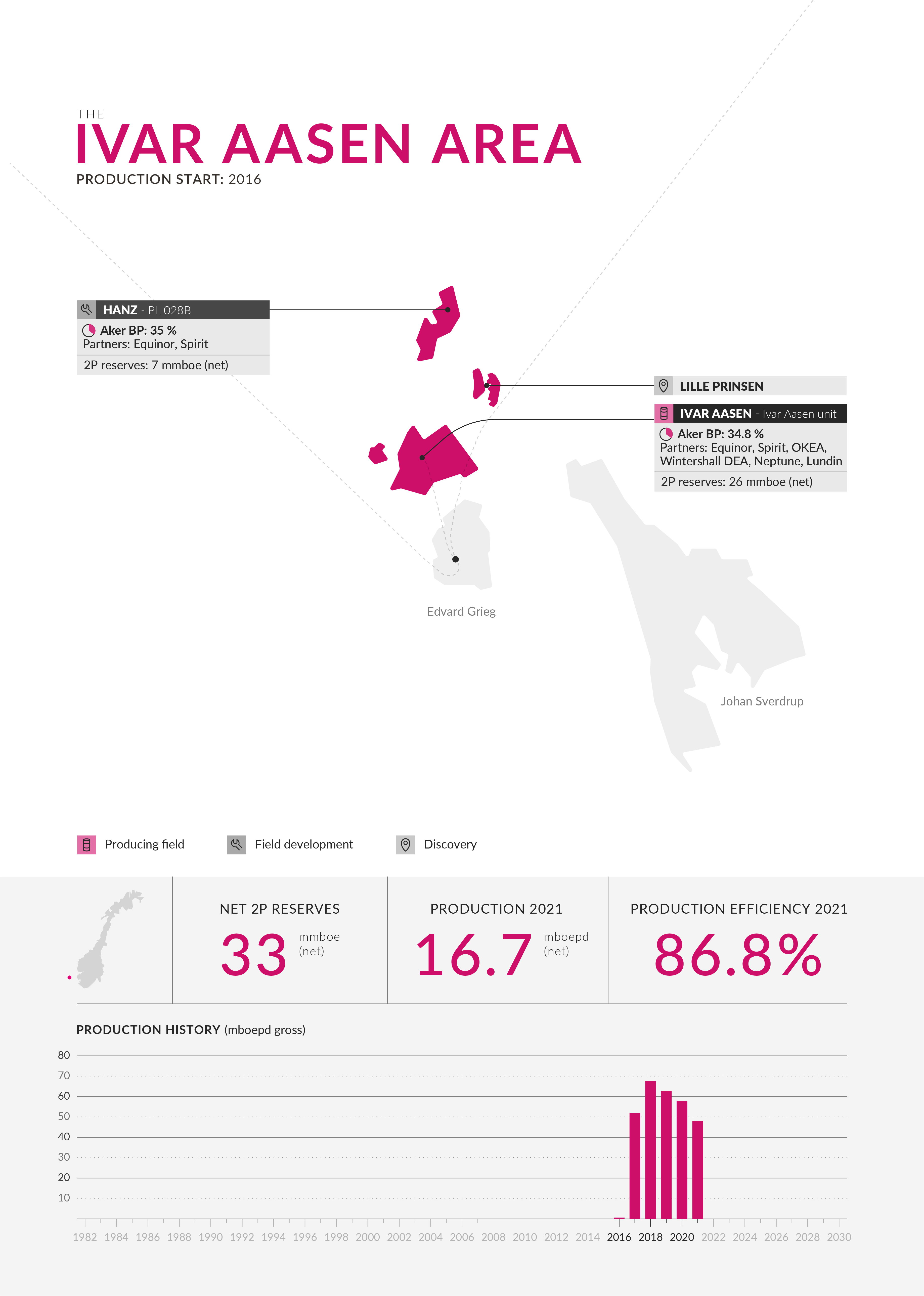