Aker BP’s ambition is to produce one billion barrels through the Alvheim FPSO. New wells and tie-in of other fields in the area are important steps towards achieving the goal.

Alvheim is located in the central part of the North Sea, close to the British sector. The field has larger recoverable oil and gas resources than originally estimated, and production has been better than expected. The Alvheim area also consists of the Boa, Vilje, Volund, Bøyla and Skogul fields, which are produced via Alvheim FPSO.

Increased oil recovery is an important part of the strategy for the Alvheim area and to extend the lifetime of the field center. Debottlenecking to improve capacity on the FPSO is underway to facilitate tie-in of more discoveries in the years to come.

The Skogul field was tied-in to Alvheim and started production in 2020. Aker BP continues to mature the discoveries Kobra East & Gekko (KEG), Frosk, Trell and Trine, all of which are located in the Alvheim area. The goal is to put these into production in the coming years.

Aker BP continues working on increased oil recovery at Alvheim. Both proven resources in the area and potentially new discoveries can be linked to Alvheim FPSO in the coming years. 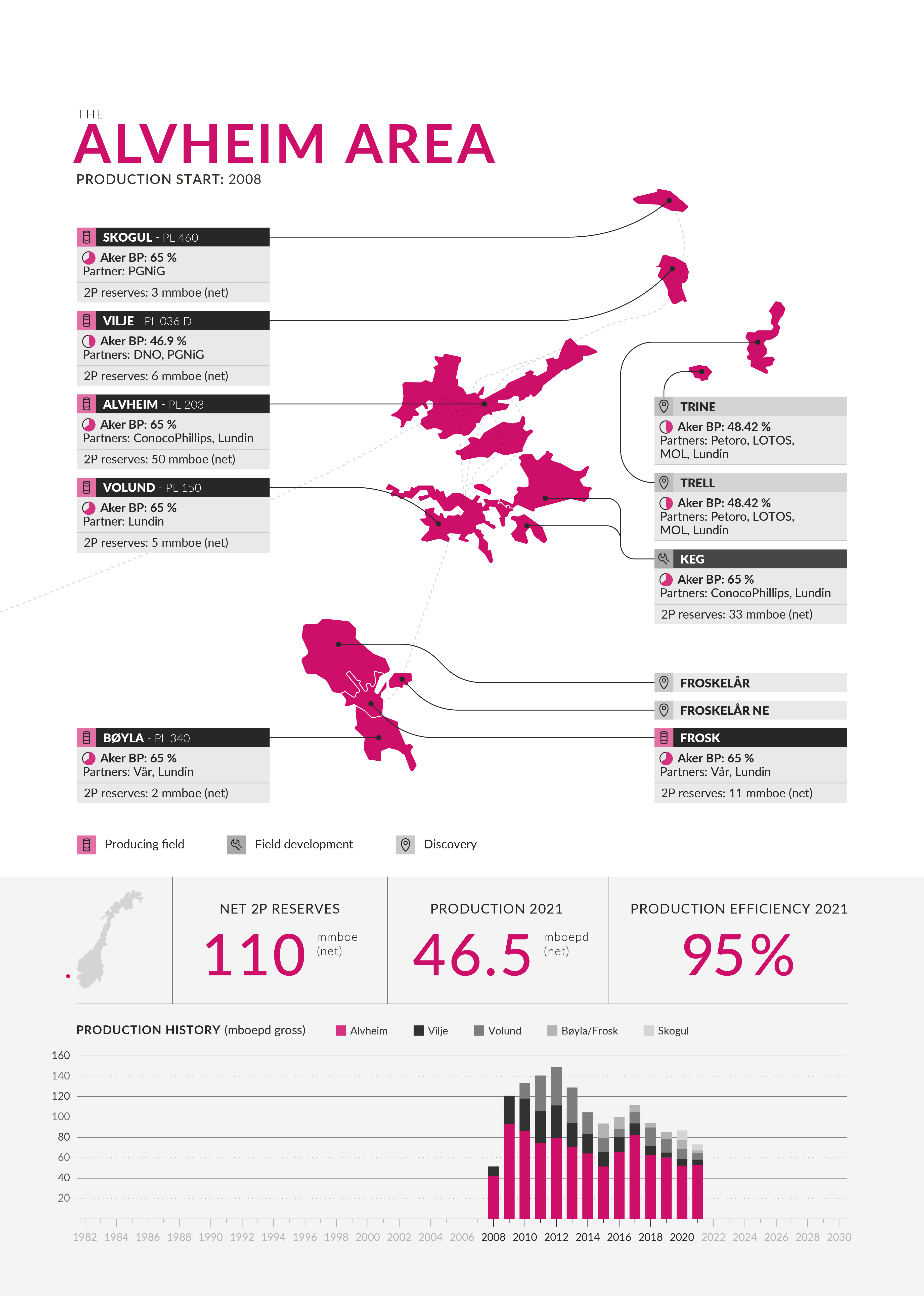