Aker BP has ambitions to extend the lifetime of the Ula field into the 2030s with increased oil recovery and new wells. Ula is a production hub for the fields Tambar, Oda and Blane – and a hub for further exploration and possible new discoveries in the area.

The Ula field started production as early as 1986. The field is located in the southern part of the North Sea and consists of three platforms.

The field centre also processes for the Tambar, Blane and Oda fields. The Tambar/Tambar East satellite fields have a wellhead platform that is remotely controlled from Ula. Oda and Blane are developed with underwater structures.

Oil was originally recovered by pressure depletion, but after some years, water injection was used to increase recovery. Water-alternating gas injection (WAG) started in 1998. The WAG program has been extended with gas from Tambar since 2001, Blane since 2007 and Oda from 2019. Gas lift is used in some of the wells.

The positive effect of WAG resulted in drilling of additional WAG wells. Production from Oda, which is tied-in with Ula, started in March 2019. Gas from Oda is injected into the Ula reservoir to increase production.

Additional gas for injection will be available after a new well on the Tambar field is put into production in 2021.

Since 1998, water-alternating gas injection (WAG) has helped increase recovery from Ula. The effect of WAG has made it possible to drill several new wells and extend the lifetime of the field. 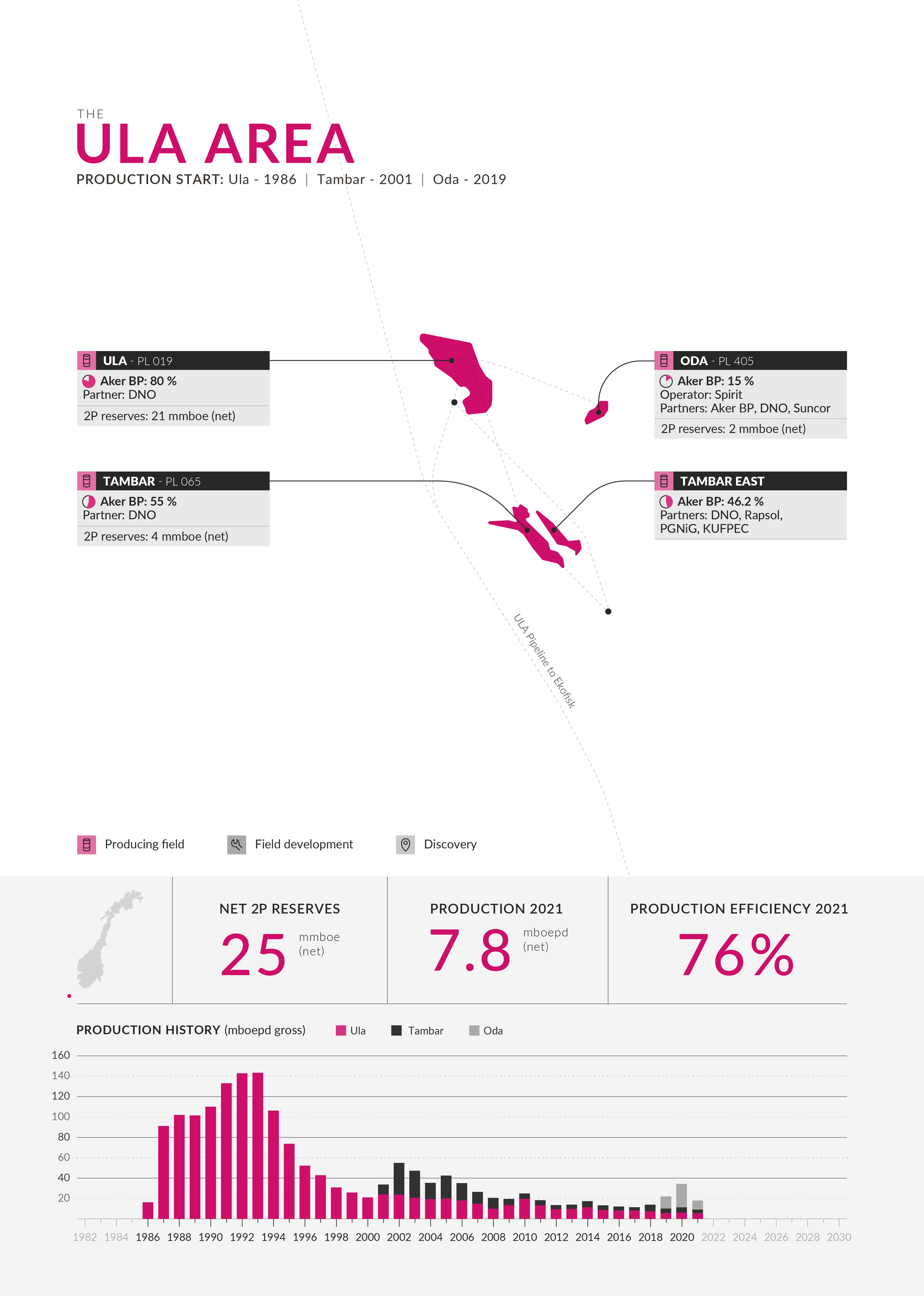