Development of the Ærfugl field is the first step to making Skarv an important hub for surrounding discoveries. The ambition for the Skarv area is to increase the production significantly until 2040.

The Skarv field is located in the northern part of the Norwegian Sea. The field has been developed with a floating production, storage and offloading vessel (FPSO) and has one of the world’s largest offshore gas processing plants on this type of facility.

The start-up for Ærfugl phase 1 in 2020 and phase 2 in 2021 takes Skarv once more up to a plateau production of over 170 thousand barrels per day. In addition, Ærfugl contributes to reducing CO2-emissions per barrel produced from Skarv FPSO by up to 30 per cent from 2022, and extends the lifetime of Skarv.

Gråsel, a small but profitable discovery, will be put on production in 2021, using efficient use of existing infrastructure. Several other discoveries in the area are being matured with the aim of using available capacity at the FPSO in the upcoming years.

The Skarv field is operated with a production, storage and offloading vessel with a substantial plant for gas processing. Here, the gas is processed before it is transported to the Kårstø plant in an 80-kilometer-long pipeline. Oil from Skarv is offloaded to tankers. 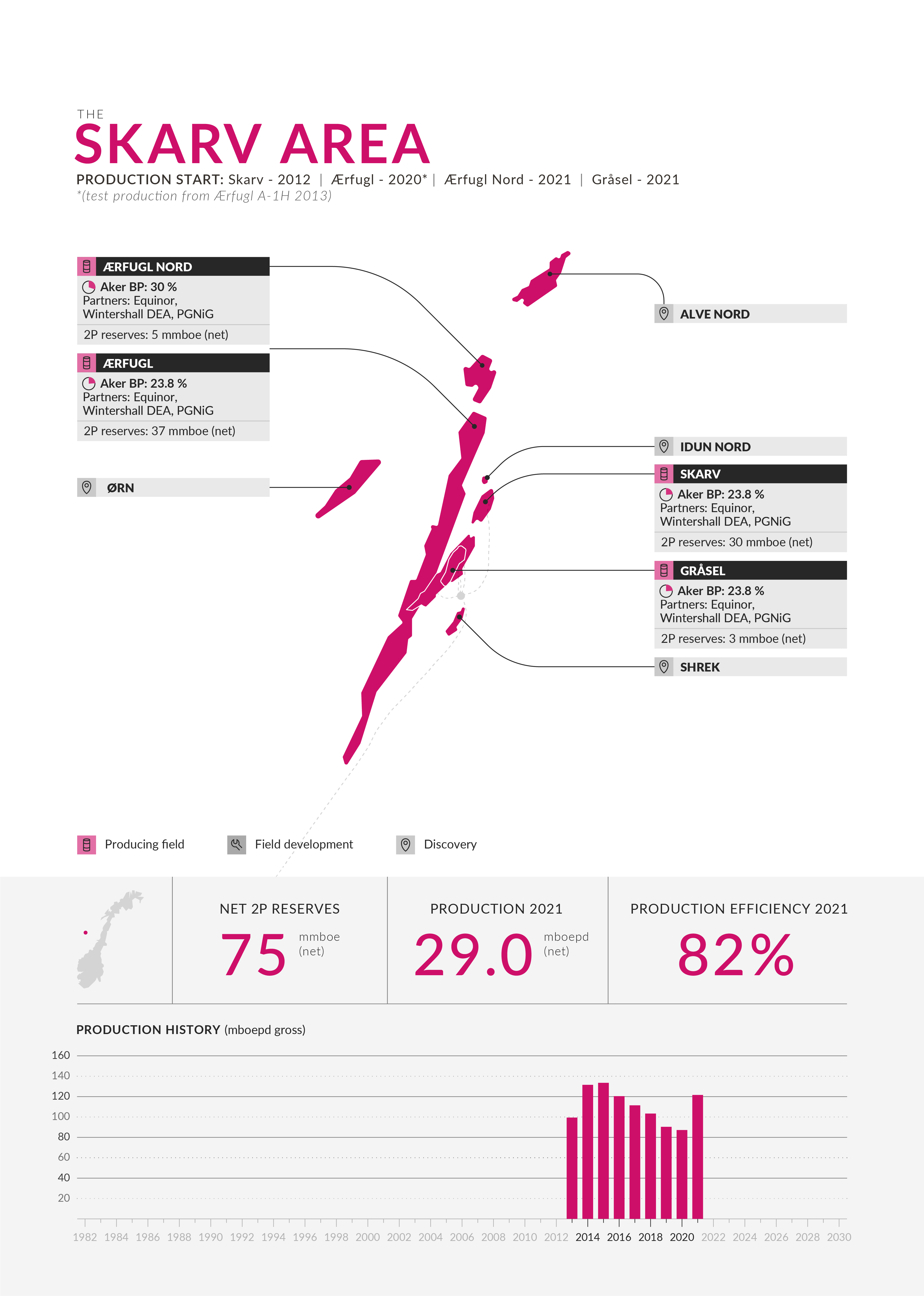